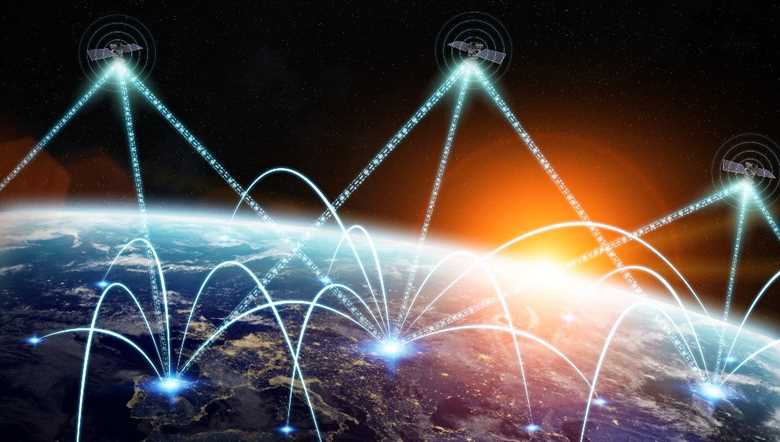 A new company is planning a global software-defined wholesale and enterprise network, using a combination of fibre and optical satellites. Alan Burkitt-Gray talks to the people promoting the project.

Eight months after he left Telstra to go travelling, Tom Homer is back in the industry, leading a company’s efforts to build a new fibre and satellite wholesale network.

Homer, who was Telstra’s managing director for Europe, the Middle East and Africa, has joined industry veteran Bob Brumley, who has been CEO of Laser Light Communications since 2012. Though it’s eight years old, the project is only just coming together. Homer is chief customer officer, and will shortly be recruiting carriers, hyperscalers and enterprises as users of the new network.

Brumley tells me from Virginia Beach that he has the funding agreed, with an announcement pencilled in for some time this summer, and a target for network tests in early 2021.

He plans to move to London for the launch: he has already identified the office space he hopes Laser Light will occupy, and he knows which riverside apartment block he wants to move into.

Brumley has been in the industry since 1995, when he was a lawyer working for Bell Atlantic, one of the ancestors of Verizon. He spent a couple of years at Deutsche Telekom, as a vice president of corporate development until 1999.

Single software platform Homer was at AT&T’s UK operation through the 1990s, then moving to Energis and Cable & Wireless, before joining Reliance Globalcom, which later became Reliance Communications. He joined Telstra as EMEA head in 2011. “I had eight months travelling after Telstra,” he says. “I got back in January and joined in February. I met Bob earlier at an industry event.”

Brumley says: “We will run the whole thing on a single software platform in real time. The problem we want to solve: can we transport big data from any node to any other node with a software portal that the customer self-provisions?”

The nodes in the fibre network will have dual purposes. They will of course be the points at which the fibre networks — wholesaled from existing carriers — will connect. But Laser Light is adding an unusual twist: medium Earth orbit
(MEO) satellite ground stations at those nodes, too.

And there’s a second twist: the company’s 12 planned satellites will use light, not conventional radio, to communicate. That gives much more data-carrying capacity for the same capex.

This is really unusual, he does not cease from saying. “Satellite companies tend to ignore fibre companies, and vice versa,” he notes. Though occasionally he falls into the trap of referring to Laser Light as a satellite project, only for Homer, joining in the call, to offer a gentle correction.

“We’re not a satellite business, we’re not a fibre business,” says Homer. “What’s really exciting is that we’re a greenfield build. We’ve got a very clean single platform, without the complexity of old-fashioned networks. And because we’re doing a greenfield operation, we’ll have the latest fibre, the latest technology.”

Living with the weather
It brings problems, of course. We’re speaking on a sunny spring day in London, with a bright blue sky and not a hint of a cloud. But a week later, as I’m writing up the interview, there’s heavy cloud and pouring rain. Brumley has thought about that. “We can achieve five-nines in the UK,” he insists.

“The weather in the UK is highly predictable. At any given instant there will be a node open.”

For example, if it’s raining in Newport, the south Wales town that is home to Next Generation Data (NGD), Europe’s largest data centre, it’ll probably be fine in Kent, in south-east England.

“With weather, you try not to fight it. It clears behind.”

With enough nodes — and the Laser Light team has calculated how many you need in each territory — you can achieve that five-nines standard, he says.

“Approximately eight [nodes] across the UK,” he notes by email later, sending me a link to Netweather.tv, a website that does indeed accurately show the weather as it is over London and records that at the same time it is clear in most of the UK, including around Newport and east of London into Kent.

That’s the basis of Laser Light’s ideas. There’ll be nodes in the north-west, north-east, south-west and south-east of the UK, “plus a few in the middle. That’s the plan.”

The process of switching from node to node will not be manual. Laser Light will be a single, new software-defined network (SDN) from the start. “We make no decisions on routing. The network management system does,” says Brumley.

“It’s run by the global weather system. We’ve tested in Australia, South Africa and Chile. There’s a ratio between
five-nines and the spatial diversity of nodes.”

The whole idea of using lasers to communicate via satellites dates back a couple of decades, though it hasn’t previously been practical. Earlier projects, never realised, called for a mixture of geosynchronous satellites — now dubbed GEO — and low Earth orbit (LEO) satellites, later revised to MEO — similar, says Brumley, to the ideas of O3b, the satellite company that’s owned by SES Networks of Luxembourg.

“In 2011 we revised an earlier design. We eliminated the GEO component and moved to MEO, with 12 MEO satellites, a bit like the O3b design, inclined or equatorial,” he says. “Then we got rid of the LEOs and replaced them with a ground-node system, ground nodes on top of a fibre plant, with fibre distribution.”

Spatial diversity
Brumley accepts that “the atmosphere is a challenge in optics. We rely spatial diversity and three operating mediums, space, ground and fibre, with an SDN global network.” The company will be able to “opt out of certain markets for such reasons as GDPR, and use different media, for security or efficiency. The software runs the network, which is a meshed hybrid network.” He takes a breath. “It’s taken me seven and a half years to be able to say that in under five minutes,” he smiles on the Zoom call.

How advanced is the project? Requests for proposals (RFPs) went to potential suppliers in 2014, he says, “and the network is now under contract”.

For the financing, “we received formal heads of terms in late September 2019. When closed, we have a fully funded plan.”

He expects a 32-month build cycle for the satellite element of the project, including “a ground network that will be five-nines quality. We’ll build the ground network first, and as it’s built out we’ll work on the satellites — that’s the 32 months. We’ll launch four at a time, adding ground nodes. We’ll use machine learning and artificial intelligence to operate the satellites.”

Laser Light has “picked five or six separate markets outside the US and Europe”, says Brumley.

“We’ll carry commercial traffic as soon as we can. We’ll start with the US and Europe – and spread south to [places such as] Santiago, Adelaide, Johannesburg.”

Network tests
There will be network tests “in the first quarter of 2021”, he says, and Homer adds: “We want to start going live in the first geographies from 2021. We will have a global footprint. Customers will be able to dial in, select latency and SLA.”

The fibre will come from existing carriers, Brumley adds. “We’re talking to global providers, but they don’t view us as a global competitor.” And they will be able to white-label Laser Light’s services so they can expand their reach.
“We’ll be complementary to some companies,” says Homer. “It’s not economic for them to provide global routes.” Brumley adds: “We’re not scary to them. That’s going to be the strength of the network. Then this network is going to take off.”

The plan is to focus on “hyperscalers, large enterprise and carriers”, says Brumley. “We want to start with the groups that get it.”

Homer confirms on this three-way call: “We will be pursuing enterprise customers. The webscalers, the cloud companies. Our business model, our commercial model, is going to provide customers with volume as well as time.”

It will be, they say, “a pay-as-you-go model, disruptive for enterprises but complementary for carriers”. Normally a carrier has a network that’s designed for the peak load. Laser Light’s plan is that “you won’t need to pay for what you don’t use”, says Homer. Customers will be

What we are looking at, says Brumley, is the convergence people were talking about in the 1980s and 1990s. That “was never achieved. This is a true convergence of two different types of technology. This is my third satellite company.” Homer, who’s based near Stratford-upon-Avon in England, coughs again: “It’s not a satellite company.” Brumley says: “It’s a single global ecosystem.”

And the money for all this? Brumley has already said Laser Light has its funding in place. “We skipped venture capital and looked to other sources, straight to private debt and private equity,” he says. Be patient: “We’ll say something this summer.”

The big challenge for any new carrier in this industry, both acknowledge, is that you need a ready-for-service (RFS) date before customers will sign up. “We will need an RFS date,” confirms Homer. 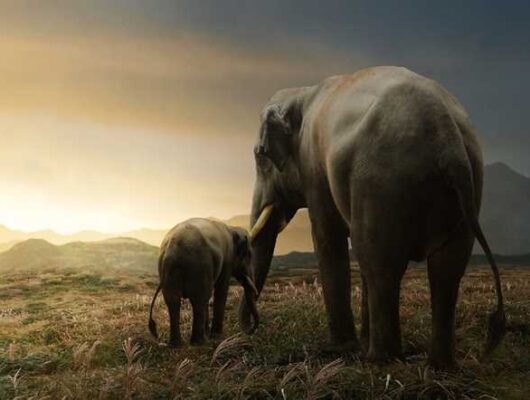